It is the main conclusion of this clinical study in which about 400 people participated. The conclusions reinforce the confidence of Salud in the reopening of nightlife as a further step in normalization. 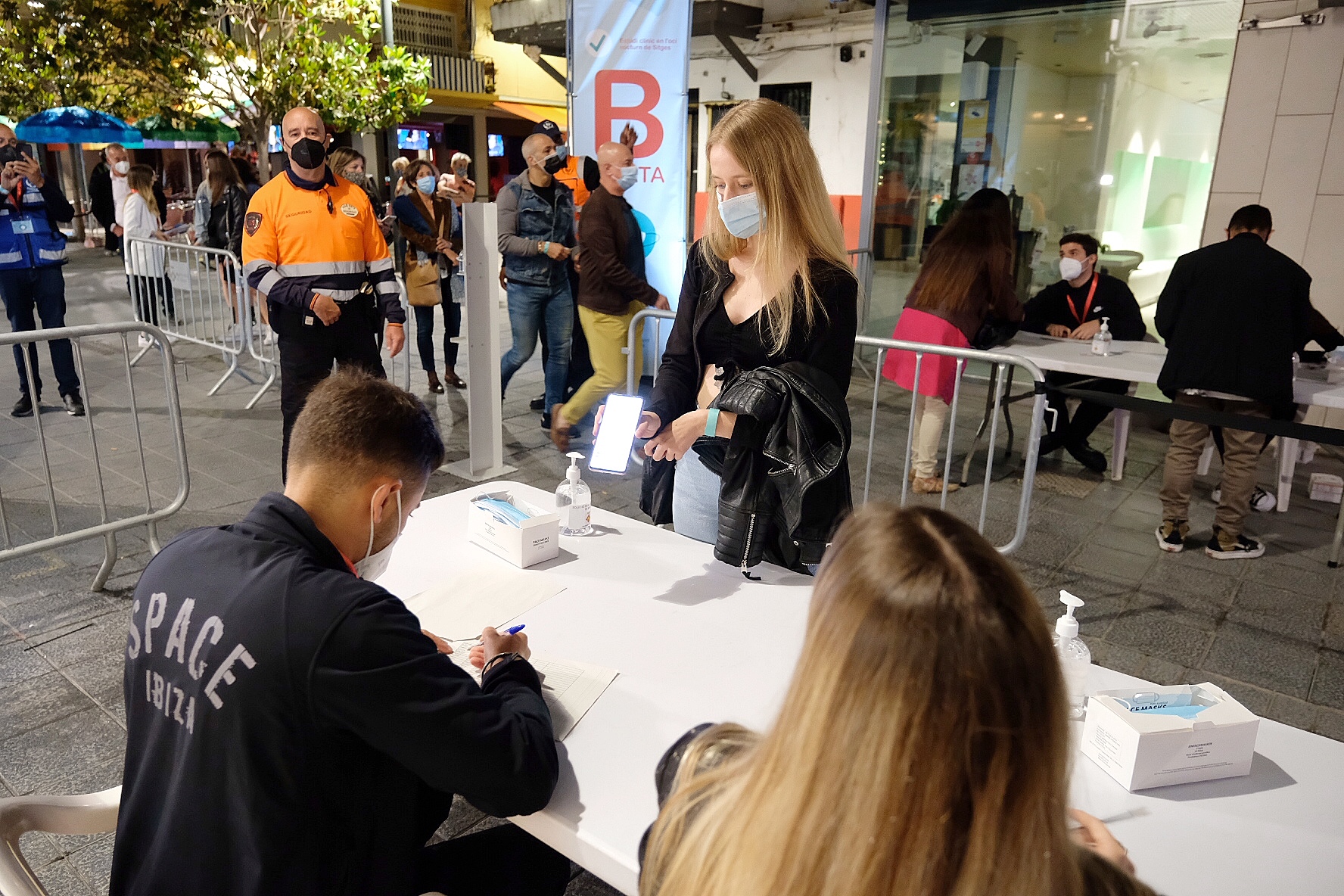 The results of the nightlife study for the analysis of the reopening of nightlife that was carried out in Sitges on May 20 do not show SARS-CoV-2 transmissibility in the group of participants in the test.

As announced today at a press conference in the presentation of the results, all tests for rapid antigen test (ART) performed were negative, and in the follow-up, according to electronic health records, in the following 14 days In testing, no SARS-CoV-2 infection was detected in the group of participants.

In this clinical study, which took place in the nightlife area of ​​a section of Primero de Mayo Street - popularly known as Sin Street - a total of 391 people participated, including volunteers - more than 300 -, workers and staff. organization.

Specifically, 88.2% of the participants (87.7% of the volunteers) underwent the second ART on the 5-7 days of the test and no positive result was detected. It should be remembered that on the day of the trial, ART was performed on all participants in the previous hours, between 6:00 p.m. and 10:00 p.m.

The deputy director general of Drug Addiction of the Department of Health, Joan Colom, has made a "frankly positive" assessment of the nightlife test in Sitges, both for the results obtained and for its organization, development and analysis. "It has been a successful experience, as we expected, which has had the participation of many agents involved, and which reinforces our confidence in reopening, with maximum security, a sector that has been closed for a long time." "All of us", added Colom, "we have an interest in gradually returning to normality: this also involves taking steps along this line, but being aware of the epidemiological complexity in which we are still," he concluded.

The Councilor for Public Health of the Sitges City Council, Elisabeth Pérez, remarked that "the idea for this test was born in November 2020 with the aim of carrying out a clinical study to help the reopening of the nightlife sector, which has suffered the restrictive measures for the pandemic. It is a sector that is part of the identity of Sitges that generates employment in the city. Our assessment of the entire process is very positive. "

For his part, the representative of the nightlife sector in Sitges, Damià Orts, has also been very satisfied with the results and the experience. "We have never had doubts that the result would be good. We are a safe sector and today's test reflects this," he added.

Delimited area, access control, 5 premises ...
The mean age of the participants in the trial was 37 years, half of those between 23 and 50 years. 44% were women. The study also concluded that the volunteers stayed in the leisure area for an average of 177 minutes (minimum 59 and maximum 210).

The nightlife area was a section of street with restricted and controlled access, with an available offer of 5 open nightlife venues, with indoor areas and terraces. The area near the event was delimited to separate it from public use areas and the street was closed from 11 p.m. until the end of the event (3 a.m.). The maximum attendance was given by the capacity of 75% of the participating venues.

To enter, the use of the mask (FPP2 or surgical) was mandatory and the organization distributed surgical masks to ensure that they were for single use. The consumption of beverages was allowed both inside the premises and on the terraces. Hydroalcoholic gel was also available to disinfect the hands.

The initiative has been promoted by the Sitges City Council and the Health and Interior departments of the Government of Catalonia; the University Institute for Research in Primary Care (IDIAP Jordi Gol); the Sitges Association of Nightlife Establishments, and the Catalan Federation of Nightlife Venues (FECALON). It also had the support of the Sitges Hospitality Guild.