We participated in VAC4EU's General Assembly in Barcelona

On November 7 and 8, VAC4EU (Vaccine monitoring Collaboration for Europe) held its General Assembly Meeting (GAM), in Barcelona. Approximately 60 representatives from 25 organizations attended in person and an additional 20 members joined online. 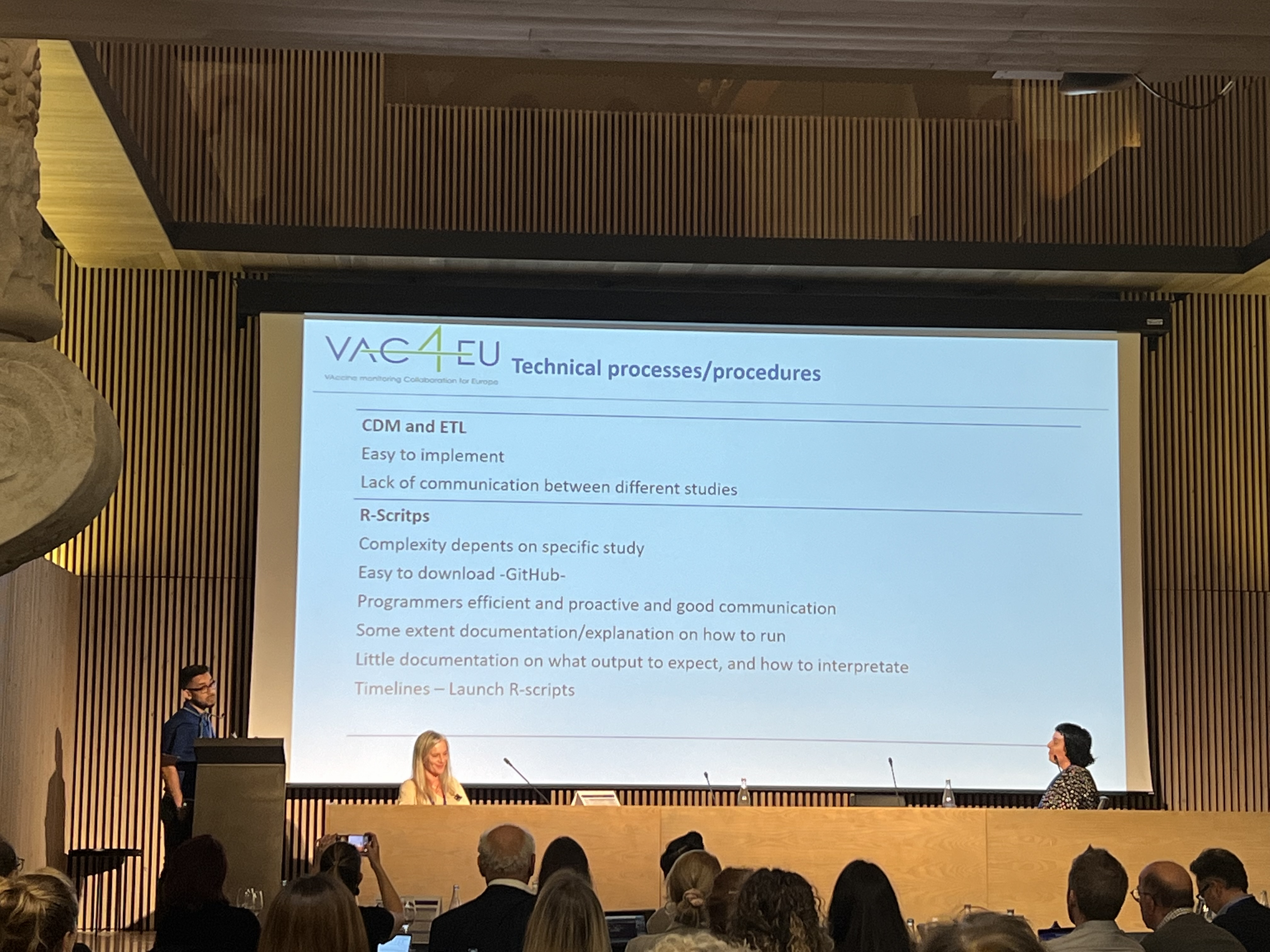 During the two-day meeting, the work carried out during the last 12 months was highlighted, and the work objectives for the coming year were established. To achieve these goals, the needs to improve and how to evolve were discussed, and strategies to do so were agreed upon.
VAC4EU is an international non-profit association, which allows the generation of solid and timely evidence on the effects of vaccines in a collaborative way in Europe. The IDIAPJGol is a member of this association, and is currently participating, together with other European Institutions, in a series of studies (10, competitive and non-competitive) on the safety and effectiveness of COVID-19 vaccines, using SIDIAP data and the ConcePTION Common DataModel.
The VAC4EU team at the IDIAP Jordi Gol is made up of María Giner-Soriano, Carles Vilaplana-Carnerero, Meritxell Pallejà-Millán, Carlo Alberto Bissacco, Dan Ouchi, María Aragón, Elena Segundo and Clara Rodríguez, and is led by Felipe Villalobos.
During their stay, the VAC4EU Secretariat visited the IDIAPJGol facilities and held a meeting with the Directorate with the aim of establishing new collaborations with other organizations such as the Global Vaccine Data Network™.