A total of 2,496 adolescents from Lleida have participated in this study led by Mercè Pollina, a nursing professional from the CAP of Bellpuig. 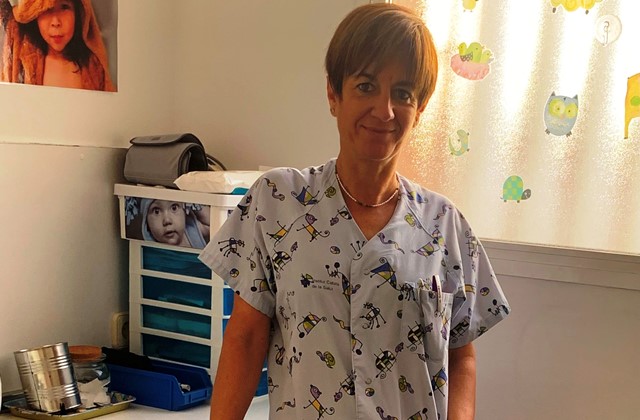 A study led by the researcher Mercedes Pollina, a nursing professional from the CAP of Bellpuig, has detected unhealthy weight control behaviors among adolescents, who in general terms present a distorted perception of their own image and desire to be slimmer. The article, entitled 'Self-perception and self-acceptance are related to unhealthy weight control behaviors in Catalan adolescents', has been published in the scientific journal International Journal of Environmental Research and Public Health and has had the participation of a team of professionals from different areas of primary care in Lleida, primary care in Anoia, the ICS Primary Care Research Support Unit in Lleida, the University Hospital of Vic, the IDIAP Jordi Gol Primary Care Research Foundation, the Lleida Biomedical Research Institute (IRBLleida), the University of Lleida (UdL) and the Lleida Provincial Council.

A total of 2,496 adolescents between 12 and 19 years of age from 45 educational centers throughout the Lleida and Pyrenees health region participated in this study. The research is based on the fact that the education that the adolescent group receives about the acceptance of their own image is not very effective. As Mercè Pollina explains, "this fact can promote both dissatisfaction and unhealthy behaviors". Thus, an inaccurate self-perception of body weight has been related to low self-esteem, depressive symptoms, a reduction in physical activity, a poorer quality of diet, and even eating disorders, the most common among the adolescent population being anorexia , bulimia and other unspecified eating disorders, such as binge eating.

As a result, the study indicates that adolescents perceive themselves to be thinner than they really are, with no significant differences between men and women. However, if differences have been found in terms of body dissatisfaction, women want to be thinner and men, on the other hand, want more voluminous bodies. The presence of unhealthy weight control behaviors has also been associated with the desire to be slimmer and with a distorted perception of self-image.

The study also concludes that factors such as family, friends, partner, educational institutions and the media can have a strong interaction with the adolescent and contribute to building their system of values ​​and beliefs, which will be the basis of your self-confidence.