Researchers from IBIMA, the Málaga-Guadalhorce Health District and the RedIAPP show the effectiveness of psychological and educational interventions through the Internet in the prevention of depression

The study, in which a total of 10,000 people from 11 countries participated, has been published in the scientific journal ‘Clinical Psychology Review’. 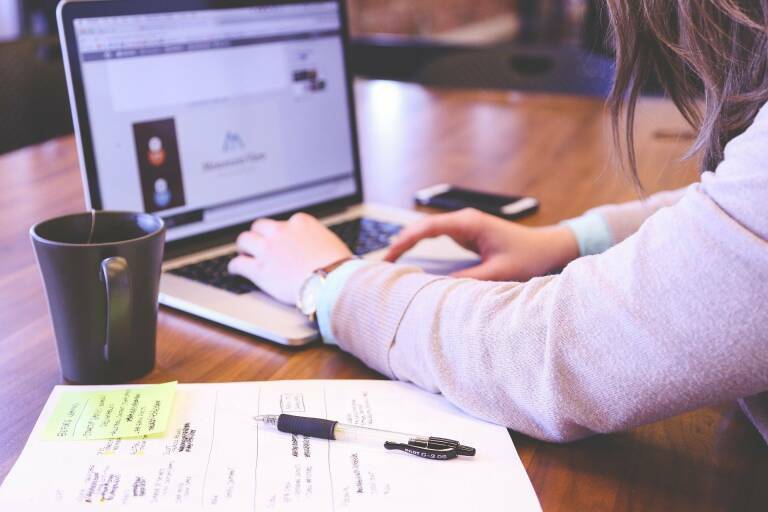 A team of researchers from the Malaga Biomedical Research Institute (IBIMA), belonging to the Health Prevention and Promotion Research Network (RedIAPP), have coordinated a study in which they combined the results of 21 trials that included a total of 10,134 patients from 11 different countries, with a representation of all ages. This group, in turn, is part of the Carlos III Health Institute (ISCIII) and operates in the Málaga-Guadalhorce Health District.

In this meta-analysis - a type of study that combines the results of a set of trials - most of the preventive programs evaluated incorporated psychological and educational interventions through internet-connected devices, such as mobile phones, tablets or computers. The programs that applied more interaction (for example, asking the patient to respond to some tasks) were more effective than those that were limited to sending advice. Together, all these preventive programs applied through new technologies prevented the onset of 37% of new episodes of depression.

Juan Ángel Bellón, researcher in charge of the group 'Mental Health, Services and Primary Care (SAMSERAP)' of IBIMA and coordinator of the Mental Health Area of ​​the redIAPP, has highlighted that “a very interesting finding is that there were no significant differences in effectiveness between programs through the Internet whose users received some type of support or follow-up by mental health professionals and those who did not have that support, that is, guided versus self-guided programs, respectively ”.

Bellón himself, who is also a family doctor at the 'El Palo' Health Center in the Malaga capital and a professor at the Department of Public Health and Psychiatry at the University of Malaga (UMA), has stressed that this study is "very important if we take into account that in Spain 2.5 million depressions accumulate in a year, with one million new-onset depression cases ”. In addition, the nature of this study seeks to influence an aspect such as the prevention of depression, something that in the words of the study coordinator “to a certain extent we could speak of 'vaccines against depression', that is, of interventions that prevent the depression starts ”.

In this sense, he mentioned that if this type of depression prevention programs were implemented en masse in the population, up to 400,000 new depressions per year could be avoided nationwide, which would entail "a great positive impact in health terms by improving the quality of life of patients and their families, as well as in economic terms as it is a pathology that affects the working-age population, at the same time that it means less expense for the health system ”, he clarified.

On the other hand, this study is on the rise at a time when the market for technological devices such as smartphones or tablets are within the reach of the majority of the population; something that has been increased during the last year as a result of changes in habits, due to the current health crisis caused by COVID-19, where social interactions have increased through new technologies. In addition to IBIMA, REDIAPP and ISCIII, the Loyola University (Seville campus), the Aragon Health Research Institute and the University of Amsterdam have also participated in this meta-analysis.

At the moment, the IBIMA research group 'Mental Health, Services and Primary Care (SAMSERAP) is coordinating a completely new clinical trial, different from the other 21 trials included in this meta-analysis, hoping that any interested person can participate by contacting the web https://epdwork.org/, downloading the mobile application available "epDWrok" through Android or Apple.